‘The Royal Tour Tanzania,’ a travel and adventure program featuring President Samia Suluhu Hassan as tour guide, will premier from the late January to early February 2022

‘The Royal Tour Tanzania,’ a travel and adventure program featuring President Samia Suluhu Hassan as tour guide, will premier from the late January to early February next year.

The Public Broadcasting Service (PBS) will air the ‘Royal Tour’ feature from the United States, in 2022.

Peter Greenberg, the producer and host, revealed that it was quite exciting to shoot the ‘Royal Tour’ in Tanzania adding that his crew was awed by the Serengeti Migration featuring tens of thousands of wildebeests and zebras traversing between Kenya and Tanzania.

“Did I see the big five? Yes!” stated Greenberg as he answered questions from various people participating in his ‘live’ online discussions.

Peter however pointed out that he was not out ‘touring’ but shooting a program.

He described Samia Suluhu Hassan as wonderful guide. A photo he took with the President in Serengeti plain was declared ‘Picture of the Week!’ 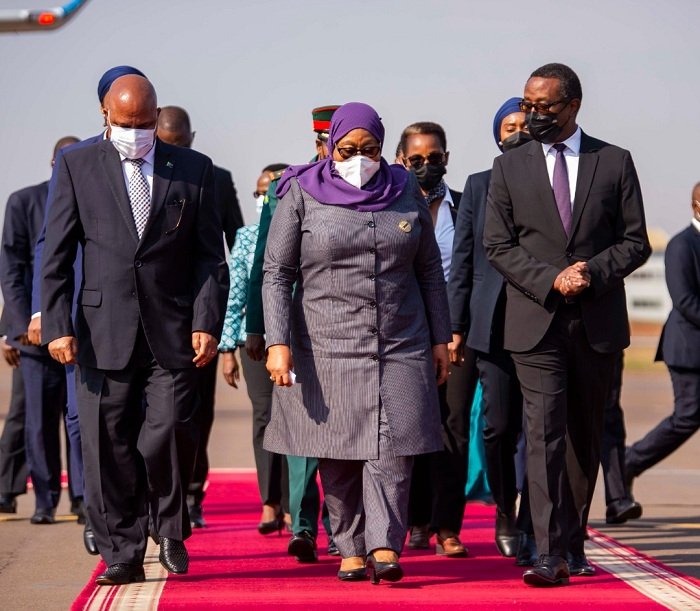 Peter Greenberg is America’s most recognized, Emmy-Award winning investigative reporter. Being a respected front-line travel news journalist, he wears “The Travel Detective,” tag. Peter he is also the Travel Editor for CBS News.

From his globe-trotting portfolio, the TV personality has become a regular keynote speaker at annual summits for the World Travel and Tourism Council (WTTC).

He also produces and hosts PBS television specials, The Royal Tour, featuring personal, one-on-one journeys through countries with their heads of state.

‘The Royal Tour’ kicked off in Zanzibar Isles, moving to the Tanzanian mainland coast of Bagamoyo, taking onto the Tanzanite Mines in the Mirerani Hills of Simanjiro and giving the audience a glimpse of Africa’s highest peak, Mount Kilimanjaro.